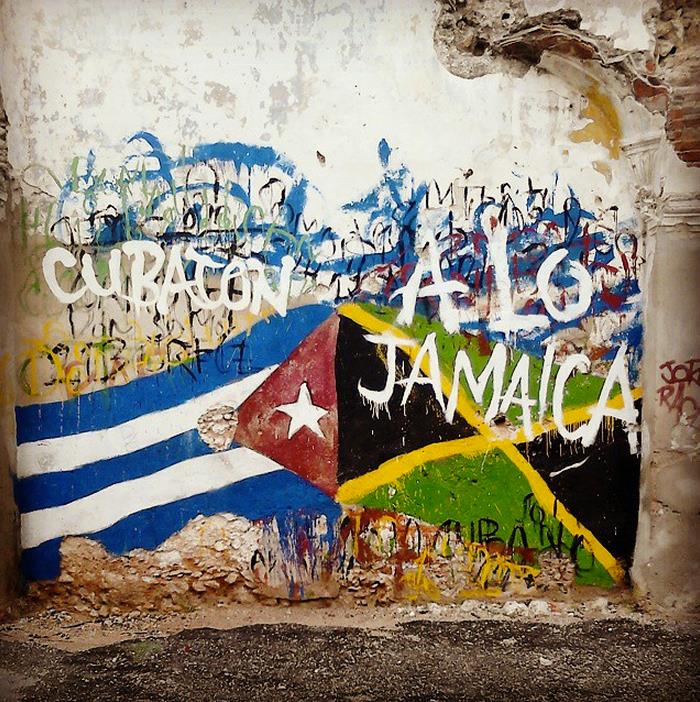 We start this saturday with a precious news that I hope you all will appreciate. A crew composed by several Jamaican musicians and singers went all the way to Cuba to meet Historical cubans musicians to work together on a project called: LA HAVANA MEETS KINGSTON.

This is a project directed and produced by: Mista (Jake) Savona from Australia.

Australia’s leading reggae and dancehall producer and accomplished pianist, Mista Savona (aka Jake Savona), has gathered some of Cuba and Jamaica’s most influential musicians in the one recording studio to create a world first album.

Despite their huge respective global appeal and geographical proximity, there has never been a full length album that unites the unique sounds of both Jamaican and Cuban music - till now. This is a truly groundbreaking record and project that honours both islands' incredible musical foundations and legacies while inspiring and creating something entirely new. Drawing from the styles the islands are best known for - roots reggae, dub and dancehall on one hand and son, salsa, rumba and Afro-Cuban on the other - 'Havana Meets Kingston' sees an incredible team of musicians come together to bend and twist genres effortlessly, and the results are exceptional.

Savona's main intention is to bring Jamaican soundsystem and bass culture together with Cuba's electrifying and virtuosic Afro-Cuban and jazz traditions, and this is where the album excels and is unique in musical history. Energetic and passionate vocals in Spanish, English and Jamaican patois twist and turn over the distinctly Cuban rhythms and melodies, while the deep basslines that Jamaica is best known for pulse underneath, unifying the music of both cultures and creating something fresh, bold and exciting.

'Havana Meets Kingston' brings together established and emerging Cuban and Jamaican musicians in an album of mostly original songs, as well as covers of classic Cuban material. The main recording sessions took place over 10 days in June 2015 at the famous Egrem Studio in Havana, Cuba. Savona personally flew seven Jamaicans into Havana for these sessions, including Sly & Robbie and Bongo Herman among other greats. Since this time he has travelled to Jamaica, Cuba and the UK numerous times to complete the recordings. The calibre of artists on this two part album project speaks volumes.

The full album is due for release in April 2017.

To add to this already grand project, acclaimed filmmakers Rick Mereki (of MOVE, EAT, LEARN fame), producer Lauren Rosa Beck and photographer Lara Merrington travelled to Cuba and Jamaica to capture every moment on film. They will be providing an independent documentary which will celebrate the music and stories of the artists involved against the backdrop of three diverse nations.